Scientists have discovered an IL-17B receptor (also known as IL-25 receptor) antibody could be used to treat colorectal cancer. These latest findings follow the recent news that the humanised version of this antibody will also enter clinical trials for asthma.

The study was published in the journal Science Immunology in June. 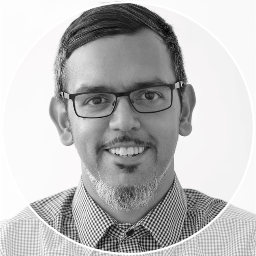 Building upon our long-standing relationship with the MRC Laboratory of Molecular Biology (LMB), paper co-author Dr Kovilen Sawmynaden and his team supplied Andrew McKenzie’s group with large quantities of antibody.

The LMB wanted to find out what blocking the IL-25 receptor would do to immune cells called group 2 innate lymphoid cells (ILC2s). ILC2s are interesting because they can protect against parasitic infections and are involved in allergies, but we don’t yet understand how they react to cancer.

In this study the scientists discovered that during cancer, these cells allow tumours to grow by recruiting other cells which ‘turn down the dial’ on the immune response, stopping the immune system fighting the cancer. But in mice treated with the anti-IL-25 receptor antibody to block the receptor and stop ILC2 cells boosting immune-suppressing cells, the immune system was able to fight the tumour.

Significant quantities of both the anti-IL-25 receptor antibody and our in-house control antibody were prepared at LifeArc by in-house protein production labs. This is staffed by a specialist team of cell culture, protein purification and biophysical characterisation scientists.

All antibodies were then pyrogen (endotoxin)-tested and screened for activity at LifeArc, before being shipped to the LMB for scientists to use in the mouse models.

Kovilen said: “We’re really pleased we have been able to supply key antibodies to the MRC for this work. It is another good example of LifeArc’s translational scientists and our in-house MRC support team assisting the MRC, one of our key partners. It is particularly exciting to see they have identified a potentially new indication for their anti-IL-17B receptor antibody.”

The study was funded by the Wellcome Trust, the Horizon 2020 Framework programme, and the Medical Research Council.

LifeArc scientists instrumental to the development of the world’s first anti-IL17BR antibody, now being trialled as a treatment for severe asthma