It is a shocking fact that, according to the Dementia Statistics Hub, one in three people born in the UK this year will develop dementia in their lifetime. But yet there is still little hope that can be offered to people affected and their families. Not only is there no cure, but there are still no effective treatments to slow down or stop disease progression or prevent it from developing.

As a leading cause of death, the disease has a devastating impact on the lives of affected individuals and their families. A person may start to have problems with their memory, such as trouble recalling recent events or learning new information. As their disease progresses, they will experience greater memory loss and changes to their personality and behaviour. Ultimately, they will become completely dependent on others for their care.

Last month, I attended the World Dementia Council summit at The Francis Crick Institute in London, which brought together global leaders in the field to reflect on what has been achieved – and to identify the challenges that need to be overcome to speed up the development of life-changing treatments that can reduce the impact of this condition on individuals, families and wider society. 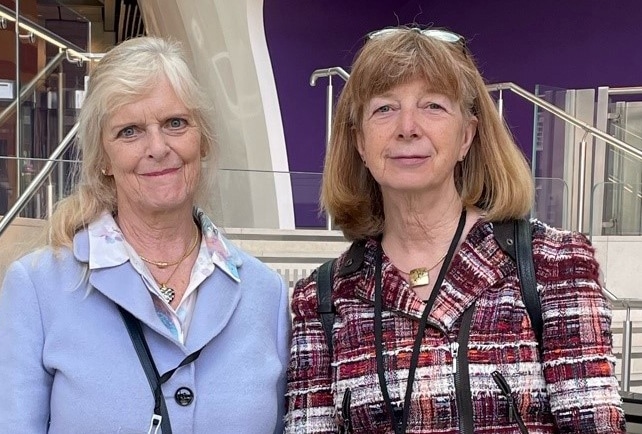 With Ruth McKernan, of the Dementia Discovery Fund, at the World Dementia Council Summit in London.

There has been good progress in supporting dementia research in recent years thanks to leadership and, investment from the UK government and others.  In the UK, research into dementia has increased the most compared to research in other countries, and other diseases. Despite this, much more still needs to be done to match the scale of the challenge and address vast differences in resources between dementia and other disease areas.

For example, there are around four cancer researchers for every dementia researcher in the UK. To maintain the momentum, the government must stick to the manifesto promise it made in the 2019 General Election to double research funding for dementia. Investment also needs to be made across the whole research pathway, from early-stage basic biology discovery through to advancing those ideas towards clinical trials and regulatory approval.

In 2021, the central recommendation from a report from the All-Party Parliamentary Group on Dementia was for the government to deliver on this manifesto commitment and fund the ‘Dementia Moonshot’ as soon as possible. Later that year, the Life Sciences Vision included an ambition to improve translational capabilities in neurodegenerative diseases – with dementia as the core focus. And in February 2022, the government announced its decision to publish a standalone dementia strategy as part of its response to a report from the Health and Social Care Committee.

In two recent open letters, a group of eminent brain researchers and leading figures from UK DRI called on the government to set up a ‘Dementia Medicines Taskforce’ – and for greater investment in dementia research so the UK can continue to accelerate progress to find treatments. We fully support these calls for urgent action from the UK government to tackle this major health challenge and believe we should take lessons from how the science community took on COVID-19 collectively. We now need to see the same leadership to bring together industry, the NHS, charities and researchers to deliver life-saving solutions against dementia.

In partnership with others, LifeArc is helping to accelerate the search for life-changing new tests and treatments for people with dementia.

In November 2020, we were appointed by the UK Dementia Research Institute (UK DRI) to provide expertise to accelerate the translation of their researchers’ discoveries into treatments that will transform the lives of those affected by dementia. Drawing from more than 25 years’ experience in supporting scientists to advance promising discoveries from bench to bedside, we provide advice and support to develop the exciting discoveries of UK DRI’s researchers into technologies and therapeutics to help benefit dementia patients and their carers. I’m also proud to be a member of the Board of Trustees of the UK DRI, taking collective responsibility for the governance and development of the institute.

Some other examples of LifeArc’s recent contributions to this field include: 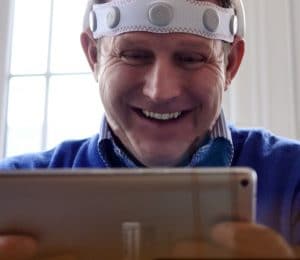 But while we wait for research into the biology of dementia to deliver effective new tests and treatments to patients, other actions can be taken today to reduce the number of people getting the disease in the first place.

I was particularly struck by a statistic highlighted at the beginning of the conference: 40% of dementia cases could be prevented or delayed by targeting 12 risk factors throughout life. Projecting ahead to 2050, developing and implementing effective prevention strategies could save many thousands of people from ever receiving a diagnosis.

As individuals, we can all take proactive steps now to tackle some of these risk factors that are within our control – such as reducing alcohol intake, stopping smoking, maintaining a healthy bodyweight and leading an active life. We also need to put pressure on the government to introduce public health policies to address other factors, such as air pollution and disparities in childhood education.

While it is clear dementia is a formidable, and growing, health challenge – with the right strategic oversight, collaboration and investment in research, I feel confident it can be overcome.

Learning from translational research success stories during the COVID-19 pandemic

Melanie Lee on how bringing together diverse teams united under a clear purpose can deliver extraordinary results.

Together with the patient charity Motor Neurone Disease (MND) Association, LifeArc co-sponsored an MND challenge within a…

Unique translational research hub for Covid-19 and other viruses was a finalist in the Scottish Knowledge Exchange Awards.